How To Detect Alcohol Poisoning Symptoms The Next Day? (8 Signs)

On average, six Americans die because of Alcohol poisoning. The worst part is that most of the times you will be confused if it is alcohol poisoning or a hangover.

It might look similar to an illness, but alcohol poisoning symptoms are different from that of a hangover. Alcohol consumption is massive even though scientific studies show that it is harmful to your health.

It not only has a negative impact on the neurological system, but also on your physical health. It is the main reason behind dehydration, malnutrition, and loss of nutrients from the cells.

The worst hit by alcohol consumption is the liver, which further decomposes into harmful toxins. These are capable of destroying neurons (Nerve cells). While Alcohol does this, all but alcohol poisoning makes it worse.

Most of the time alcohol poisoning confused with a hangover which can be a life-threatening situation. You may mistake someone as asleep because of excess alcohol, but the person might be under the attack of alcohol poisoning.

These situations can be life-threatening.

Alcohol poisoning is the result of excessive drinking or consuming a large quantity of alcohol in a very short span of time. It is vital to know the alcohol poisoning symptoms so that you can help someone in need.

What is the Difference between Alcohol Poisoning and Hangover?

The biggest difference that you need to know is the treatment. While headaches can be treated using home remedies, this is not the case with alcohol poisoning.

The alcohol poisoning symptoms are different, and so is the treatment. In most of the cases, alcohol poisoning means a trip to the medical center or a nearby hospital. Alcohol Poisoning can be said to be the next level of a hangover.

Our liver is the cleaner who gets this toxin called alcohol out of the blood. However, the little filter in your body has a limited capacity.

Your liver can filter nearly one unit of alcohol in an hour. When you take the toxic in excess quantity, it is sure to create poison in the body leading to Alcohol poisoning. The problem also lies In the characterization of Alcohol.

It is absorbed by our body at a much rapid rate as compared to food. As a result of which, this toxin reaches our bloodstreams in no time. The excess consumption will lead to excess deposit in the blood, eventually showing alcohol poisoning symptoms.

The faster you consume it, the higher your Blood Alcohol Concentration (BAD) becomes. The higher the level of BAD, the more critical case of alcohol poisoning.

After having a lot of fun and drinks the previous night, it’s effect shows up the next day when your head is paining like hell.

You won’t be able to remember what happened that night because of a killer headache that you would have. But how will you know if I just a regular hangover? How will you be sure that it is not a symptom of alcohol poisoning?

Here are the signs that confirm if you are having a hangover or not:

However, you must note that the symptoms are different for every person. It also depends on the quantity of the drink consumed in one go. It is evident that the more you consume, the more intense hangover you will get the next day.

You can also use Dihydromyricetin supplement  to prevent Hangover and reduces alcohol damage to the liver and brain.

But the alcohol poisoning symptoms are different from﻿ ﻿that of a hangover.

Alcohol Poisoning Symptoms The Next Day

​ Alcohol poisoning is another level of a headache. It is way more dangerous and intense. The worst part is that it can occur earlier than a hangover, leaving you with less time to take necessary medical help.

While the illness usually happens the next day, alcohol poisoning can occur during alcohol consumption if not the next day.

The alcohol poisoning (alcohol overdose) symptoms are mentioned below and are different from that of a hangover.

Alcohol Poisoning results in damage to the neurons and the brain cells. It makes the brain stop functioning, and hence the person loses control.

A person under the effect of alcohol poisoning will be in utter confusion. He/she may not know what they are talking, what are they doing and hence are in a complete mess.

The situation is said to be critical if the individual takes less than eight breaths per minute.

Speech gets affected when you consume a lot of alcohol. However, severely slurred speech is not a good sign. It is a sign of alcohol poisoning.

If the individual appears to have extremely slurred speech, then he/she might be rushed to the nearest hospital as soon as possible.

However, other symptoms such as irregular breathing, pale skin, etc. must also be present to assure that it is a case of alcohol poisoning. 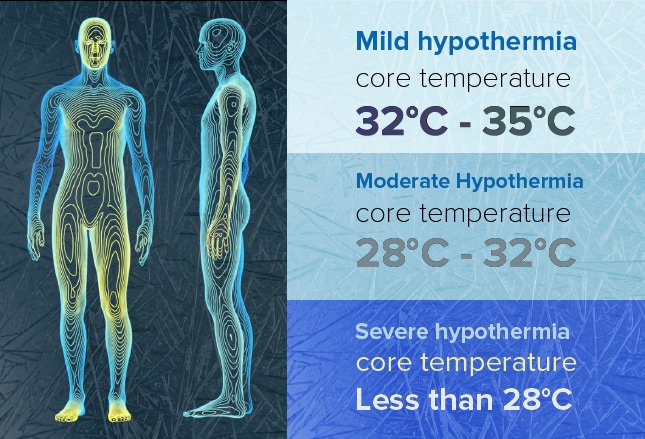 Hypothermia is a dangerous condition when the body temperature falls under 95 degrees Fahrenheit or 35 degrees Celsius. Alcohol never helps to combat hypothermia, but rather causes it. Hypothermia is a definite sign of alcohol poisoning.

In extreme cases, where breathing is extremely irregular and slow, a person might even get a heart attack. Furthermore, there is also the risk of inhaling own vomit into lungs leading to choking oneself.

Irregular and slow breathing is the main reason behind a successive heart attack, and hence alcohol poisoning is a real life-threatening situation. 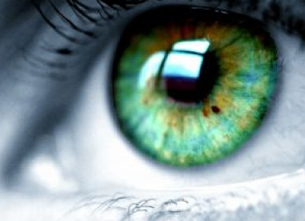 Alcohol itself is harmful to an individual’s health and leaves its impact on every part of the body. Even the eyesight of a person is affected by alcohol consumption.

Reduced vision is also one of the alcohol poisoning symptoms. Many types of research have shown that alcohol poisoning has led to ocular abnormalities, the overdue recognition of which has resulted in permanent vision loss.

Hence, a reduced vision may not be a sign of a hangover, but surely is a sign of alcohol poisoning.

One of the Alcohol Poisoning symptoms is stomach pain. Severe alcohol consumption leads to inflammation in the pancreas, which is also called pancreatitis.

Most of the time. Vomiting and nausea accompany stomach pain. It is just the body’s way of telling you that something is not right. Also, vomiting is one of the ways by which the body throws out the toxins out of the body.

Alcohol poisoning has entirely different symptoms and needs diagnosis within time. If the individual loses too much fluid, they might even suffer from dehydration.

A person with alcohol poisoning might even go into the coma and eventually end up dead.

You must be aware of the symptoms of alcohol poisoning so that you can look for medical help in time. A person may not experience all of the above symptoms but may experience most of them.

You must reach out to medical help or call 911 if there is some breathing problem. If you find the person unconscious and expect an alcohol overdose, make sure to reach out to 911 immediately.

Alcohol overdose is the real reason behind alcohol poisoning. You can avoid it by limiting alcohol consumption. It is a long process, but will eventually help you lead a healthy life.

You must seek help if you face drinking problem. If you have any suggestions or experiences, leave your comment below.

Click here to view an enlarged version of this infographic

Click here to view an enlarged version of this infographic

I am Jessica, co-founder of CareHappiness.com. We work to inspire, educate and empower our readers with all the latest updates and authentic information. Our goal is to bring up the “Healthy attitude” among people in the world. On CareHappiness.com you will find high-quality health information, fitness tips, diet charts and answer to all your health queries.

WHERE TO FIND US